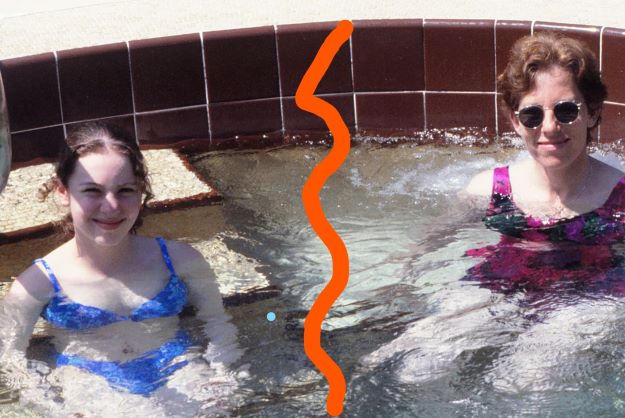 One of the areas that is affected when an adult child has a brain disorder/mental illness (herein referred to as a brain disorder) is their leaving their families. This may happen quietly, over time, or abruptly without warning. It can be a dance that occurs when symptoms are in the forefront and treatment compliance has fled. It can lead to homelessness, incarceration, or simply absence.  There could be words exchanged or a disappearance without warning. However it occurs, it is not uncommon for the parents (or siblings) to be left with broken hearts and families to be  families.

The movie, “That way madness lies,” directed by Sandra Luckow (2021) chronicles this loss as she examines the role that her brother’s brain disorder had on her family  https://growastrongfamily.org/april-2021-newsletter/

The unfortunate piece about this phenomenon is that it is common, especially when a brain disorder is involved.  After reviewing several resources including “Done with the crying,” by Sheri McGregor (2016), “Abandoned parents: The devil’s dilemma,” by Sharon A. Wildey (2014-2018), it seems as though our adult children, when symptomatic, lose their insight into themselves and the world around (called anosognosia) and perceive themselves to be wronged in various ways by their often well-meaning and loving parents.  All too often, their unstable minds develop a narrative that is untrue or distorted and they believe it. When challenged by their parents, they naturally rebel. This looks like estrangement. Estrangement, however, implies a disagreement or argument and both parties agree to separate as is indicated by the Meriam-Webster Dictionary, “to arouse especially mutual enmity or indifference in (someone) where there had formerly been love, affection, or friendliness : ALIENATE.”  This is not what happens. In the case of the brain disordered, estrangement is often a symptom of their inability to problem-solve, discuss perceptions, and to examine facts as in photos and letters that challenge their narratives.

When a therapist or outsider is involved, the version of the story that they are given is the distorted one and there is sympathy and support given by the people who hear this altered narrative. Since family members are not invited to share their views, the therapists and others are operating without understanding the whole picture.  This theme has been shared by so many of the parents that Grow a Strong Family works with.  Their adult children claim abuse, misunderstanding of their identity, violence, etc without any of it being verified in any manner.  Without including family members, individuals with brain disorders tend to rewrite the family history, their own history, and the facts are not in evidence nor a part of the new lives they have created for themselves.

It is common for the estrangement to extend to other family members and now former friends.  There is a new story being told. Anyone who represents an alternative view is dismissed, added to the estrangement.

While there has not been a great deal of research into the family’s response to this phenomenon, there is enough to understand that prior to the estrangement there has already been a sense of loss. This loss is called ambiguous loss because the loved one is physically present and psychologically absent (2006, Boss). Whenever a loved one is given a diagnosis of a brain disorder, there are very real losses.  The individual loses much of his identity, goals, abilities, relationships, and hopes for a typical life. The family loses a familiar family member and must learn to live with their loved one in a whole new way.  Early in the diagnostic process, when a person is symptomatic and unstable, they may not recognize themselves, their family, their friends, and vice versa.  Young adults who are typically stricken with brain disorders seem to lose their developmental milestones and independence.  This is a particularly vulnerable period when an individual may die by suicide, drop out of school, leave their family, become homeless, self-medicate, and otherwise drop out of the familiar world they had been a part of.

Estrangement is a period of prolonged ambiguous grief for the family.  The child may be physically absent and psychologically present. Parents go through a series of predictable stages.  They move from compassion and concern, respect for the space asked for or taken, then attempts at conciliation, followed by anger, hurt, and acceptance. During all of this, there is a deep void that is left in the parent’s heart that is huge and then slowly, as time goes on and reconciliation does not occur, a life is built around the grief. Tonkin’s theory of grief explains this by showing that as counterintuitive as it is, grief does not get bigger in the beginning and then smaller over time as much as stays the same size with the focus shifting from only on the loss to building a life around the loss.

The reality for parents who experience this kind of loss is that they grieve for their historical relationship with their son or daughter. They are both different people today.  Even if the son or daughter returns to the family, there has been so much change in all parties involved, they have to create a new relationship.  The essential trust between parent and child has been broken.  Rebuilding trust with a person with a brain disorder can be a huge task since it requires forgiveness for past acts and perceived wrongs as well as a willingness to create a new relationship based on new understandings for both parties.   For the parent, the requirement for stability is a big ask. What was once an unconditional relationship now has a condition attached, namely that of stability usually in the form of treatment compliance.  For the adult child, the requirement to be accepted as is remains the ask. This is not an insurmountable situation as the relationship can be repaired.

In my personal life, my family of origin has been wrought with many estrangements due to family members with brain disorders.  The biggest loss for me has been the estrangement between my daughter and I.  She was a gifted child and deeply loved. I used to refer to her as my Velcro child, we were so close.  When she had a problem, a success, a question, a concern – we would talk.  She was diagnosed with a brain disorder when she was 25, and I founded a nonprofit for families who needed support when a family member has a brain disorder, Grow a Strong Family, as a way to learn, share, and support other families like mine.  About a year later she began the process of going no contact which was fully implemented within a year. It started with her asking for space. She needed to find herself now that she had changed and had to manage a chronic illness. She was not yet stable but under the care of a good treatment team so I was not worried, a little hurt, yes, yet willing to give her what she needed. After a few months, I tried to reconnect and she was not interested in talking.  So, I sent her postcards, gifts, etc to let her know I was thinking of her, missing her. Then the nasty emails started. I was accused of all sorts of horrible things, and I felt very angry at the lies and deceptions.  I did not understand that this was all part of the brain disorder. Through the course of my work and self-work, I have come to understand this estrangement is part of the brain disease and not about me, our family, or the people we were. It is not even about my daughter! Today, we are all different people. There has been no contact in nine years. Over time, I have rebuilt my life without her.

My firsthand experience with this phenomenon informs my professional experience and enables me to partner with other families experiencing this loss. Part of the programming that I offer is a module on Ambiguous Loss and how to live with it. This is a major component in the family life education programs offered through Grow a Strong Family. Ambiguous loss since a child (or other family member)  is physically absent and psychologically present or psychologically absent and physically present.  Tonkin’s model of grief resonates with what the family members describe and how they build new lives around their grief.

Mara Briere is a Master’s level Certified Family Life Educator who founded a nonprofit organization in 2014 for families, caregivers, and professionals impacted by those with brain disorders.  Grow a Strong Family provides comprehensive multimedia family life education content for whomever visits the website.

“Abandoned parents: The devil’s dilemma.  The causes and consequences of adult children abandoning their parents,” by Sharon A. Wildey (2014-2018).  Middleton, DE