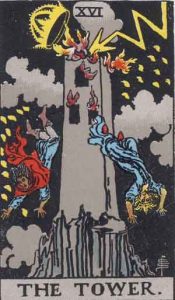 I was listening to Representative Joe Kennedy on WGBH Radio on October 11, 2018 (https://www.wgbh.org/news/national-news/2018/10/11/rep-joe-kennedy-ted-cruzs-unpopularity-is-the-one-unifier-in-washington ) and I was struck by his comment, “only in mental health/behavioral health do we force families to wait for their loved ones to be at the equivalent of stage three cancer before receiving help in a timely manner.”  Incidents of family violence due to undertreated and untreated mental illness is rampant.

The recent family violence in Acton MA in which a father was stabbed to death (with scissors), mother injured and released, and girlfriend and stabbed and strangled, perpetrated by 25-year-old Benjamin DiCrisitina experiencing a psychotic break, is another incident of inadequate mental health intervention. Sadly, mother and son had gone to the ER the day before due to the increasingly psychotic behavior of the young man.  He was released with a list of programs to look into.  Now he is a murderer.

In spite of repeated police intervention, including a merry go round of emergency evaluations and hospital discharges, Jeffrey Yao, the Winchester man who stabbed a 24-year-old woman at the public library, was diagnosed with untreated schizophrenia.  This is a condition that was known by his parents and the community at large, however there was no recourse to providing care to an unwilling patient until he committed a crime of harm to another or himself.

Nikolas Cruz, the Parkland shooter, has a long history of mental illness.  He had been involved in JROTC and had access to guns.  We all know the rest.

Family members are on the front lines, providing care and resources to their adult loved ones who are often too ill to function as independent adults.  Individuals with serious mental illness (SMI) confer great burdens to their families in particular and their communities in general.  Within the scope of the work, there is the first priority of developing a safety plan (https://growastrongfamily.org/safety/ ) to defuse crises and promote the well-being of all.  This usually includes developing a profile of their loved one and making it available to the local police (for if and when they are needed to intervene) as well as whatever community mental health resources are available.  Families understand, all too well, the potential for violence when their loved ones are untreated or under-treated.  Family members are often handcuffed by a system that excludes their feedback and maintains a stance of the “civil rights” of people with SMI over family investment.  That is the current scenario. So, we ask, what is the relationship, if any, between violence and mental illness?

The research evidence conclusively shows that the large majority of people with SMI are never violent and that most interpersonal violence in the US, 95–97%, is not attributable to mental illness (Swanson, McGinty et al, 2014; McGinty, et al, 2018; emphasis mine).  What are we talking about here, in terms of numbers of adults impacted with SMI?  The Center for Behavioral Health Statistics and Quality (2015) published from the results of a 2014 survey indicates, “1 in 5 adults aged 18 or older (18.1% or 43.6 million adults) had any mental illness in the past year, and 4.1% (9.8 million adults) had serious mental illness.”  These numbers are consistent with those acquired over the past decade.

Cook & Goss (2014) and Jaffe (2017) note that “Untreated serious mental illness (SMI as in schizophrenia, bipolar disorder, and depression), especially when paired with substance abuse, are at increased risk of committing violence against others. In over 20 studies, SMI tends to be three to five times more likely to commit violence than are people without such a diagnosis.  Most of the violence perpetrated by these individuals tend to be directed at those they know and in private spaces.  Furthermore, they tend to commit suicide rather than commit homicides by more than two to one and this is estimated to be a factor in 80-90% of self-inflicted death.  To reiterate, “Epidemiologic studies show that the large majority of people with serious mental illnesses are never violent. However, mental illness is strongly associated with increased risk of suicide, which accounts for over half of US firearms–related fatalities (Swanson et al, 2015).”  In addition, the research has identified that more than half of the mass murders in the past century, have been committed by individuals with an SMI diagnosis.

The most comprehensive response to this issue comes from DJ Jaffe (2017), the Executive Director of Mental Illness Policy Org, and the author of Insane consequences: How the mental health industry fails the mentally ill. This well researched volume is a must-read for anyone who is interested in the issues related to mental illness and violence.  This well-researched tome is significant in that it poses solutions to reduce the adverse impact of violence by the untreated individual with a co-occurring diagnosis of serious mental illness and substance use disorder.  The other piece that is so important to understand is the impact of these individuals on their families; the interpersonal violence that is perpetrated and the trauma of suicidal behavior or success that these families must manage.

In addition to diagnosis, Jaffe recommends the following: use the term “mental illness” in nomenclature in order to establish the focus on illness that can be treated.  Ensure that criminal justice leaders are on mental illness policy committees since the criminal justice system has become the mental illness system.  Preserve hospitals by eliminating limits on the length of hospital stays for people with SMI.  Redefine HIPPA and other privacy acts so that parent-caregivers are members of the healthcare team.  Invest in research and treatment for this population.  Instead of treatment after violence to self or others, enable involuntary commitments to Assisted Outpatient Treatment.  Involuntary treatment criteria include those who are gravely disabled (provide own basic needs); likely to deteriorate without treatment; lacks capacity (unable to understand the need for treatment); consider past history.  Screen civilly committed patients and mentally ill prisoners who are about to be released since they are most at risk of violence when untreated.  Train law enforcement.  Create and expand mental health courts. Enact a “Guilty due to Mentally Ill” plea mandating long-term mental illness treatment in order to minimize risk of repeat offense due to mental illness, including time served in a hospital.  Fund programs that have evidence that they work for this population including access to doctors, medications.  Create supported housing and group homes.  Establish intensive case management and assertive community teams.  Open clubhouses.

For now, I urge families to develop safety plans.  Purchase the soon to be released handbook by Nancy Pizzo Bucher  (2018) called, “Defusing the mental health triangle: Safety procedures for families during crises at home.”  Attend our free Replanting Lives support groups, visit our website regularly for strategies, and call or text us at 781.405.8376 with any question at any time.  You will get a response within 24 hours usually sooner.