One Point of View

Dede is asking for those of who have loved ones with serious mental illnesses to share our very personal stories on her site, Sooner Than Tomorrow (http://www.soonerthantomorrow.com/dede-ranahan-contact/) in order enable advocates to put names on numbers.  As she says, “Serious mental illness is still not receiving the attention it deserves. Let’s put faces on the numbers. Thousand of suicides, incarcerations, homeless men and women, people without services, and families stressed beyond their endurance are difficult to visualize. But one story of real life struggle is moving and impossible to ignore. Please send me your story about mental illness in your family or your own mental illness. You can use your name or write anonymously.”

In my case, I came to the realization that although very much impacted by serious mental illness in many of my family members, I rarely talk about what it looks like and feels like – to me.  It is, of course, the biggest motivator towards my founding, “Grow a Strong Family” and developing an organization FOR family members to receive the information and support so desperately needed.  I realized that there is a healing power to sharing these deeply felt emotions and as is said in 12 step programs, a problem shared is a problem halved.

When I was 5, my family moved from a veteran’s development in Flushing NY to live in my grandparent’s two family house in Bayside.  This was a big move from a relatively crowded neighborhood to a quiet suburban community.  My grandfather was retired and became a founding member of AA in Queens NY.  My grandma was manic-depressive and in and out of the hospital.  The move meant that my mom would take care of us (2 little girls, 5 and 9) and her mother.  It was the time when Lithium was first introduced and little known about it.  The state hospitals were colonies where the very sick would live out their lives.  In the middle, there were the occasional “regulars,” like my grandma, who would become too sick (manic and not sleep for a week before plummeting to suicide attempts and then immobility or stay in bed for weeks on end) and return home when stable only to return as another episode would strike. It became our job to monitor grandma, call mom, mom would have her hospitalized, and then grandpa would get her when she was ready to come home,  Mom would visit; us kids rarely.  Throughout this, we did not talk about grandma or the impact her serious mental illness was having on us.

Fast forward, I went to college to become a social worker.  Although my education has since taken many turnings, the influence of the suffering of my grandmother and the family silence left a deep scar in my soul.  I wanted better services.  I really wanted more efficient communication and understanding for our family.  I wanted solutions that would support the whole family.

I danced around my calling, even with education, professional training, community work, and a strong focus on family until my beloved daughter was diagnosed with a serious mental illness at age 25.  In the interim, other family members have been diagnosed, treated, and nowhere had there been a conversation about symptoms, treatment, or the impact on the family unless brought up by me and even then, rarely.

My daughter and I were very close; she was a velcro child.  She was sensitive, sweet, creative, bright, had a great sense of humor, and she knew that she was loved and supported no matter what.  Ours was a bond I’d dreamed about since I was a child and wanted to be a mother!  We had similar interests, played games together, went on trips, shared music, and enjoyed a convivial relationship.  There were times, of course, when there were family issues, and our family addressed them openly and honestly.  We knew how to ask for and receive help. For example, after graduating with her BA, it was hard for her to find work.  We supported her need to be independent while managing depression by providing financial and emotional support. Even with all of that, serious mental illness has a way of distorting relationships, causing confusion, and can tear loved ones apart.

When she was first diagnosed, she relied on me in ways that had never been needed before.  There was a plea to “help me understand.” “Come to my med appointment with me.”  “Help me with graduate school.”  “Help me with my assignments.”  It was hard for both of us since we were assuming roles we were not comfortable with.

At the time, she had an awesome prescriber who was excellent at explaining the symptoms, the illness, how to manage it, and recommended several pathways to health.  She had a strong support system and the odds looked good for recovering from this first manic episode with little negative consequence.  However, she was also making medication decisions that prolonged her instability.  During this period, she recognized that she needed more frequent therapy sessions and her current therapist was unavailable.  She needed me to help her find a therapist, which I did, and I made sure to emphasize that the work needed to be around this diagnosis and how to manage it.

By the time she finally ended up on lithium, to which she responded, “Why did I wait so long????” the nature of her therapy work changed and focused on historical family issues.  Why any therapist would do this kind of work with an unstable client is beyond me, however, that was what was going on.  Since my daughter was getting more clear, and the focus was essentially rewriting the past while in this state, a rift was nurtured between us.  It went from, “I need space,” to “I hate you!  You have never kept me safe!”  The “space” grew.

After 6 months, I started a campaign to reconnect by sending funny cards and postcards, cookies and other care packages.  She would email me and tell me to stop after about 4 months.  She said, “I hate your attempts to buy me off.  Don’t waste my time.  I just throw everything away.”  So, I stopped.  At another point, my husband, her dad, was in the hospital and I texted her and her response was, “I don’t care.” A year later, her uncle died and I emailed her to let her know.  Her response, “Send my condolences.  I really don’t care.”  In spite of all of this, I held onto the hope that she would stabilize and return.  Her responses were very hurtful.  I found myself alternating between extreme anger to deep hurt to overwhelming compassion because I knew that as much as I missed her, she had to miss me even more; I was the “always there” person for her and her illness pushed me away.

After a couple of years of silence, and then her defaulting on the graduate loans I co-signed on her behalf, I tried to call her to see about resolving this loan issue.  With no response, I decided to send her the things that I held in storage for her.  I did not want her to lose her childhood mementos just because I sent them.  So, I used the name and address of someone she was in contact with as the “return address.”  Oh, my!  It caused such a ruckus.  She took a restraining order out on me and dragged me to court to defend my self!  That is also when I found out that she had changed her name!  When I fist received the restraining order, I said to the officer, “It is very easy to stay away from someone you don’t know!”  Alas.  So, I brought a lawyer and we went to court and of course the order was vacated since there was no threat involved (except between her ears).  As we left, my attorney said, “Stay away.  No more contact.  She’s not safe for you.”  And I have.  It has been another 2 years since that incident and there has been no contact.

I think about her everyday as I accept that for her, this is what her illness looks like.  She has no family support.  She has no ties to her own foundation.  She has behaved unconscionably towards me.  The illness has had her morph into a person I have no connection with, with a moral center that I do not recognize, and a way of being in the world that is anathema to me.  And yet, I miss the daughter I knew and loved.  I grieve for her everyday.  And this is the way that it has been for me, with her.  I want her to find her way back to me.  I do not know where she is, what she is doing, or how she is doing.  I don’t focus on it.

On the other hand, since I still have so much work to do, I am the primary support and case manager for another family member with serious mental illness.  It is an uphill battle, and every day is a gift.  Nonetheless, the work itself is made that much more difficult by models of care that do not acknowledge serious mental illness and the many needs it brings to the forefront due to lack of insight, resources, and ability.

I founded my organization because I needed to understand what was not being made clear to me as a family member.  With so much focus on the identified client, the system she comes from is ignored.  Can’t do that.  The outcomes are much better for all when there can be open communication, factual education, and an understanding of how to manage illness effectively. 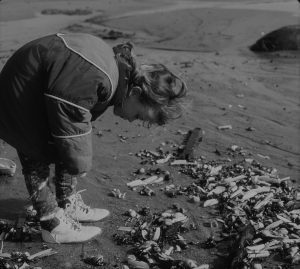